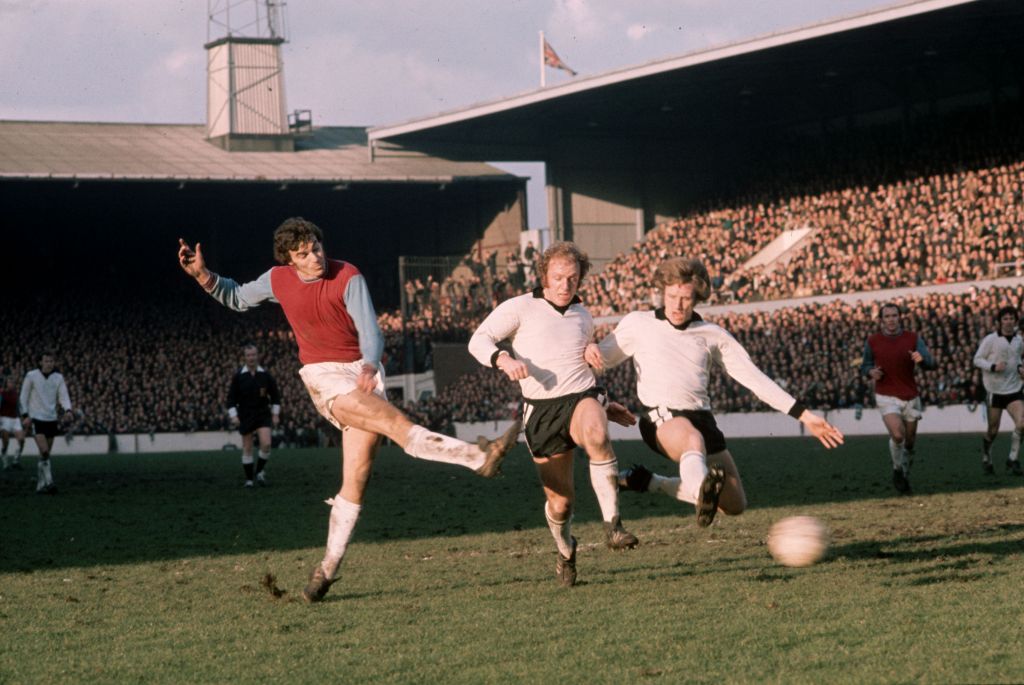 Brooking slots one away

1972: Trevor Brooking of West Ham United in action during the fourth round FA Cup match against Hereford. Non-league Hereford had beaten First Division Newcastle in the third round, and much interest was focussed on the match against West Ham. Hereford managed to hold West Ham 0-0 at home, but lost in the replay. (Photo by A. Jones/Express/Getty Images)